Prison correspondence (with the envelope in which it arrived that was sent care of an address where David Farrant had been ensconced in a coal bunker belonging to its occupant, Tony Hill, in Archway Road) from "A D Farrow" (a pseudonym given to police by Farrant when he was arrested in Highgate Cemetery on the night of 17 August 1970) to Seán Manchester, president of the British Occult Society, an organisation for the study and research of hidden phenomena. 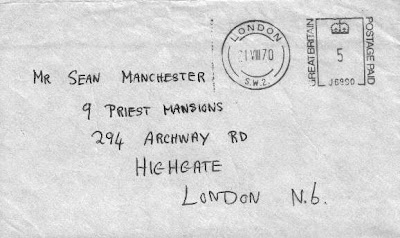 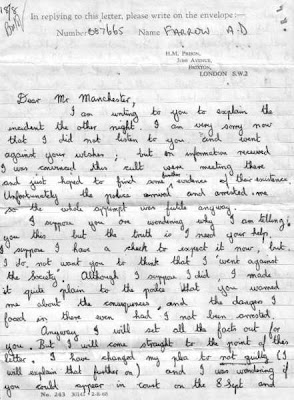 "speak for me. I don't know if they have" [missing words from top line] 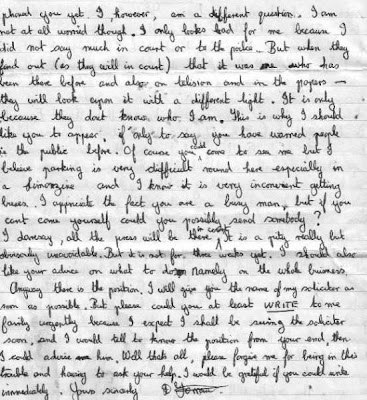 Below is a signed note written a week prior to the prison correspondence that was hand-delivered by David Farrant to the north London office of the British Occult Society for the attention of its president. 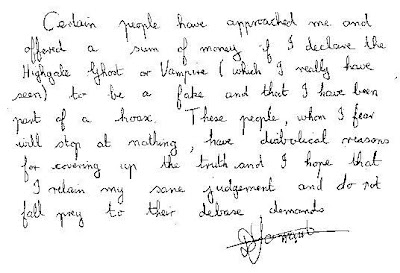 And below is a much later sample of David Farrant's still very recognisable handwriting in 2005 as it appears on the label of unsolicited mail sent to Keith Maclean care of the "Holy Grail Church."